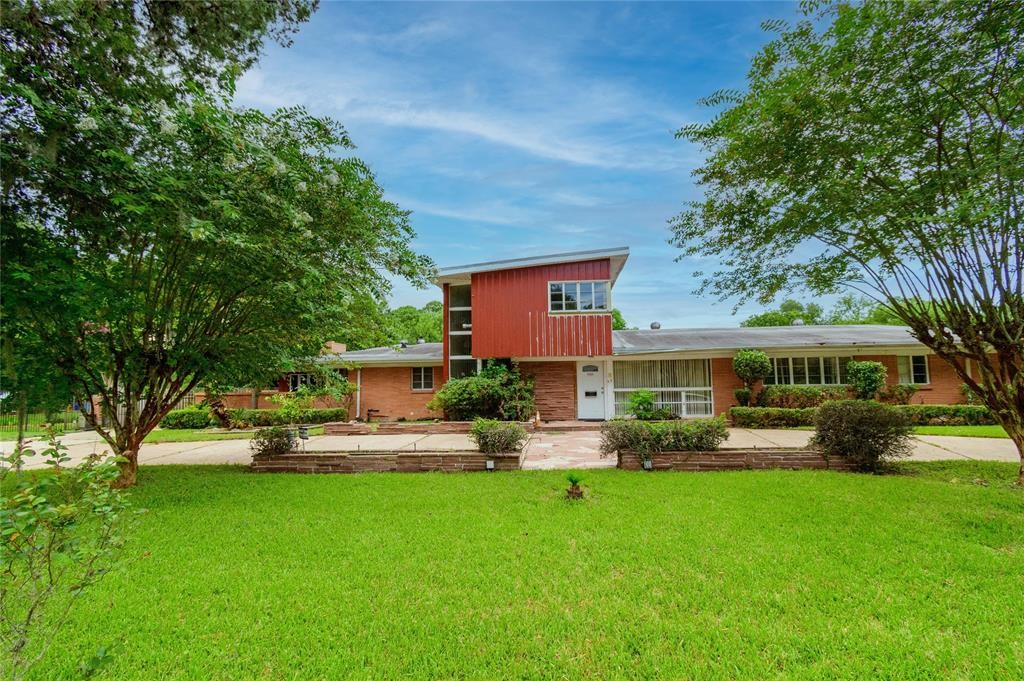 Thanks to Houston MODern Market for sponsoring this FREE event

Boldly contrasting horizontal and vertical elements make the P. R. Daniel house, 4505 North Roseneath Drive, one  of the most memorable in the Riverside Terrace area. Henry MacGregor developed Riverside Terrace starting in 1924 on picturesque rolling terrain along the banks of Braes Bayou between Hermann and MacGregor Parks.

Architect Bailey Swenson designed the Daniel house in 1949 and construction began in early 1950. Situated on a half-acre plus site. Swenson is known for his uniquely inventive combination of organic and international styles of architecture.  Even though one story spreading houses were desired in the 1950s, the neighborhood deed restrictions required houses to have two stories so the mother-in-law pop-up room was created.  The house is composed of stone, brick and redwood and features an impressive array of built-in furnishings and a large abstract mural by prominent artist Jacques de la Marre who worked with Swenson on several projects.