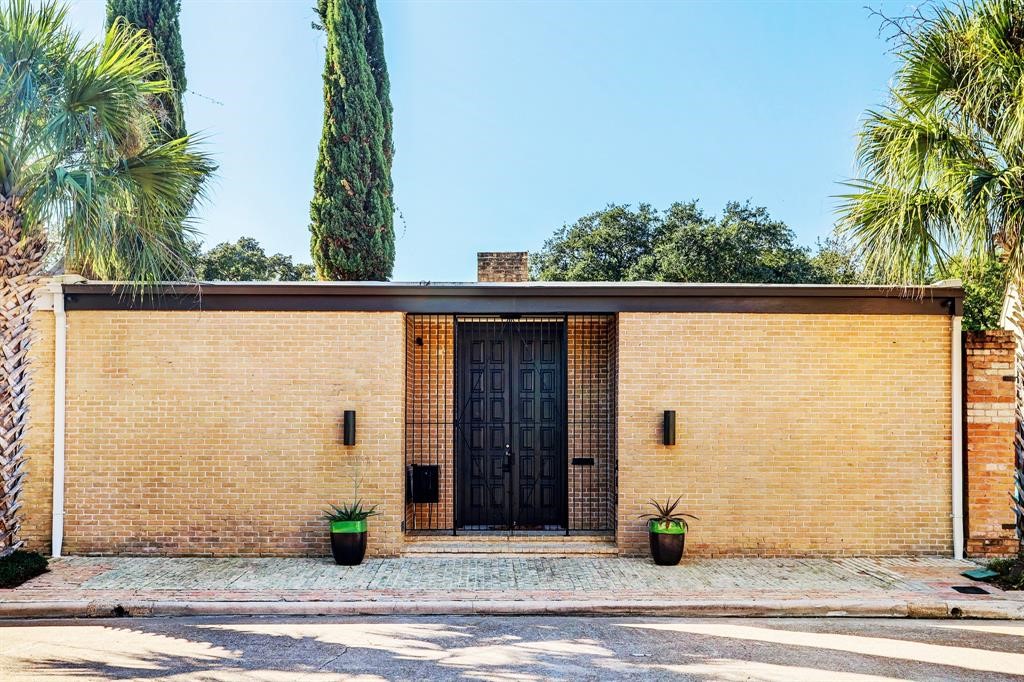 November 2020 Mod of the Month

Houston Mod invites you to join us Sunday, November 8, 2020 for a Mod of the Month open house event from 2-4 PM

Preston Bolton was a master at designing a great townhouse.  From the privacy-forming geometric exterior to the spatially expansive interior, all aspects of this single story design were extremely well considered.  Built in 1969, the spaces are well proportioned and precise having high ceilings, terrazzo floors, and walls of glass opening to patio courts in most rooms. Bolton was especially talented with the design of his kitchens and bath-dressing areas, fitting them with special cabinetry and lighting.

Preston M. Bolton (1920-2011) was from College Station, Texas where his father served as President of Texas A&M. He received a bachelor’s degree in architecture in 1941 from Texas A&M.  After service in WW II in Europe and the Middle East, he moved to Houston and worked for architects Kenneth Franzheim, Irving R. Klein and MacKie & Kamrath.  From 1951-1960, he partnered with Howard Barnstone where their work was frequently published and awarded, elevating the partners to national prominence. Their firm produced a number of modern houses in the style of Mies van der Rohe as well as commercial buildings. In 1960, Bolton formed P. M. Bolton Associates where he practiced independently, producing mostly residential projects. Preston Bolton was also instrumental in developing Houston into a world-class arts center.  From the 1950s onward he actively served on the boards of the Alley Theatre,  Theatre Under the Stars, co-founded the Houston Ballet and was President of the Contemporary Arts Association (now Contemporary Arts Museum).  The Preston Bolton archive is housed at the Cushing Library at Texas A&M University.