W. Scott Dunne was born in St. Louis and attended Washington University where he received his architecture degree. Dunne came to Texas in 1917 as an instructor at Texas A&M. Later he, joined A.C. Finn in Houston as a partner from 1922 – 1923. In 1924, Dunne started his own firm and served as architect for R&R Theaters during this time. He was well known for his movie theater designs which included Plaza in El Paso, the Ritz in Corpus Christie, the Texas in Seguin, the Texas in Palestine, the Paramount in Amarillo and theaters in Beaumont, Sherman, McAlester, Coleman, Big Spring, Del Rio and San Angelo. He also designed the Dal-Sec Theaters, four film exchange buildings and the Fair Park Amphitheater. Dunne was a member of the Dallas AlA, the Dallas Art Association, Knights of Columbus, and the Catholic Church. He died on October 19, 1937 at the age of 50. 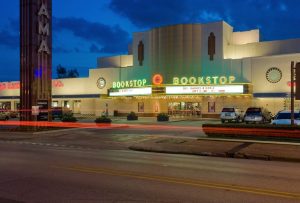