Burdette Keeland was born in Mart, Texas on February 2, 1926. He enrolled at Texas A&M University briefly before enlisting in the U.S. Army Air Corps in 1944. After being discharged, he enrolled at the University of Houston in the architecture program and received his Bachelor’s degree in 1950.

He began teaching design there in 1954 and was an influential member of the faculty until his death in 2000. He was briefly on the faculty at Rice University and served as lecturer and guest design critic at other noted architecture schools in the United States and Mexico City. He received outstanding educator awards from the American Institute of Architects, Houston Chapter, in 1987, and the Texas Society of Architects in 1993. In 1992 he was honored at the University of Houston Architecture Alumni Association’s Burdette Keeland Roast. In 2000 he was the subject of a retrospective exhibition of his work at the University of Houston’s College of Architecture.

In 1964 Mayor Louie Welch appointed Keeland to the Houston Planning Commission. Keeland became chairman in 1981 and served in that capacity until 1991.  He was a tireless advocate of the benefits of urban planning, including land-use zoning, a position that was not always popular in the city.

Keeland was a prolific designer and had a successful practice, particularly from 1950 to 1980.  His projects were published consistently in national and international magazines and won a number of design awards. The best is the Meyerland Parade of Homes House (1955) on Jackwood Street, designed for homebuilder W. K. “Buck” King.

Series of health problems slowed him in the last decade of his life. During the 1990s he undertook several residential projects and helped host a number of fund-raisers for the College of Architecture. At two of those, in 1994 and 1998, he welcomed his friend Philip Johnson as guest of honor. 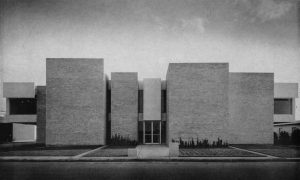 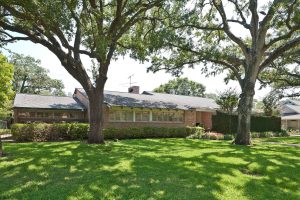