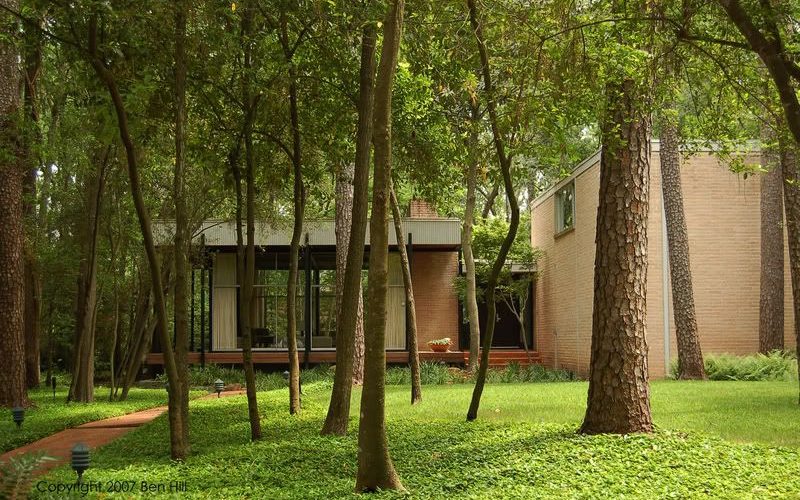 William Hoff, architectural partner of William Jenkins, built this house for his family in the densely wooded Piney Point area of Houston. The house has three sections, a large, glass walled living room downstairs, a kitchen and maid’s quarters, also downstairs, and the bedroom wing upstairs, including 3 children’s rooms, a playroom, and a master suite with a balcony.

The house’s most beautiful feature is its steel and glass living room which seems to float in space, similar to the Farnsworth House as it is slightly lifted off the ground. This lift allows for the sunken sitting are room inside the living room. The glass is recessed from the roof to allow for shade and to protect the interior from the sun, and along the exterior edge of the living room is a wood walkway. Steel poles solidify the eaves. The downstairs interior is floored in dark colored brick.

The house was granted the Merit Award in the AIA’s 1965 Homes for Better Living Program and was featured in the June, 1965 issue of Texas Architect. To this day, it is simply one of the most beautiful houses in Houston.