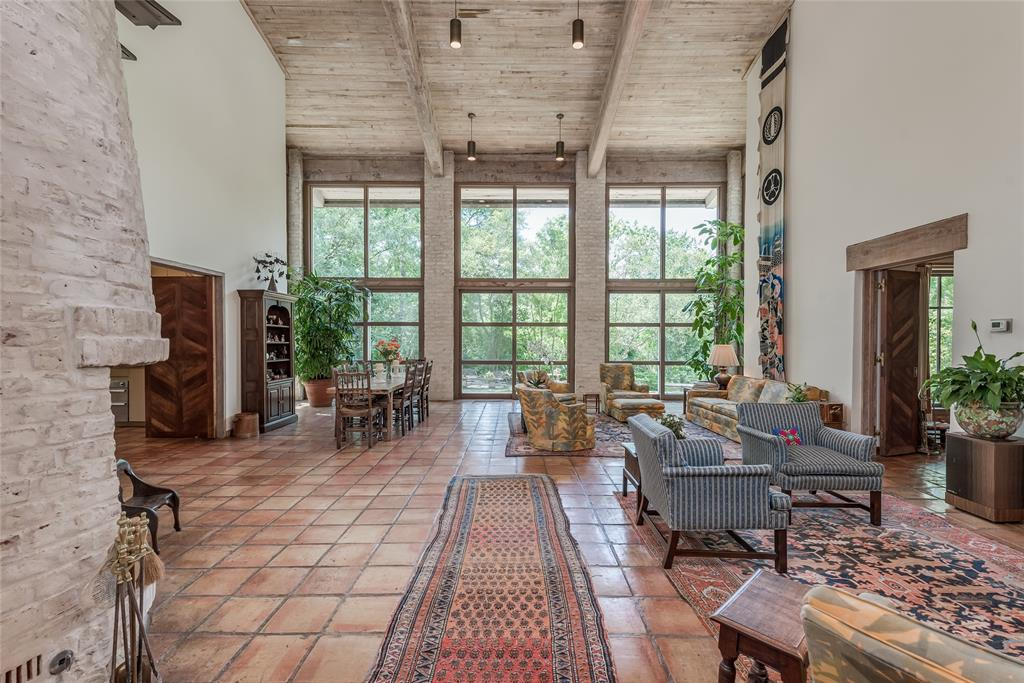 December 2022 Mod of the Month

Special Addition: Architectural Historian Stephen Fox will give a brief talk about the house and architect at 3 PM.

O’Neil Ford, considered the dean of Texas architects, designed this grand yet comfortable house in 1967 for the Liedtke family, co-founders of Pennzoil.  Ford was an advocate of understated design that reflected the location of the structure. Here he merged modernism with Spanish and Mexican idioms, creating a historically significant statement of art and architecture.

O’Neil Ford (1905-1982) was from Texas and raised mainly in the Sherman and Denton areas.  His early education was influenced by the Arts and Crafts movement where he learned to value handmade items of natural materials. The Little Chapel in the Woods in Denton, designed by Ford, incorporates these concepts and is continually acclaimed one of Texas’ most outstanding architectural achievements. Ford was a colorful and influential force in creating awareness of the value of preserving important buildings such as La Villita in San Antonio. He also designed 26 buildings on the Trinity University campus plus the Tower of the Americas, both examined on a Houston Mod tour of San Antonio.