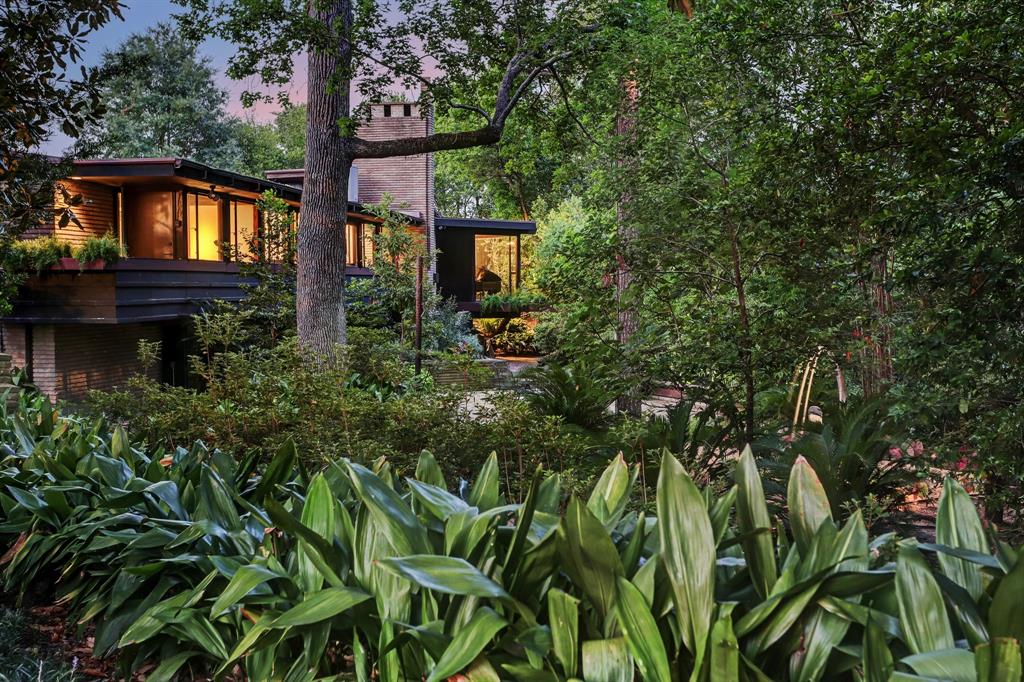 Houston Mod invites you to join us for a Mod of the Month open house event from 2 – 4 PM.

Special Addition: Master Mod Jeff Carowitz will give a brief talk about the house and architect at 3 PM.

The organic concepts of legendary architect Frank Lloyd Wright were architect Karl Kamrath’s basis for designing this splendid modern house for his family in 1949 through 1951, at the height of his career. The house, completed by 1955, is located on Tiel Way, in one of River Oaks’ most picturesque yet topographically challenging areas, which resulted in the land being left to the last in the development process in time to acquire more mid-century modern based designs. Dramatic slopes and a ravine dictated the house be situated on the corner of the lot with the plan, based on a six-foot grid, corresponding to the topography. The result is one of Houston’s most outstanding vintage modern houses.

Architects Frederick MacKie (1905-1984) and Karl Kamrath (1911-1988), both graduates of the University of Texas, established their firm in 1937 and were among the first to design modernist buildings in Houston.  By the late 1940s, they were Houston’s best-known modern architects.  Kamrath was the firm’s designer who progressively moved their style to align with the organic principles of Frank Lloyd Wright’s Usonian vision for the redevelopment of the United States.  Their Farnsworth and Chambers building of 1957 is now a City of Houston Protected Landmark.