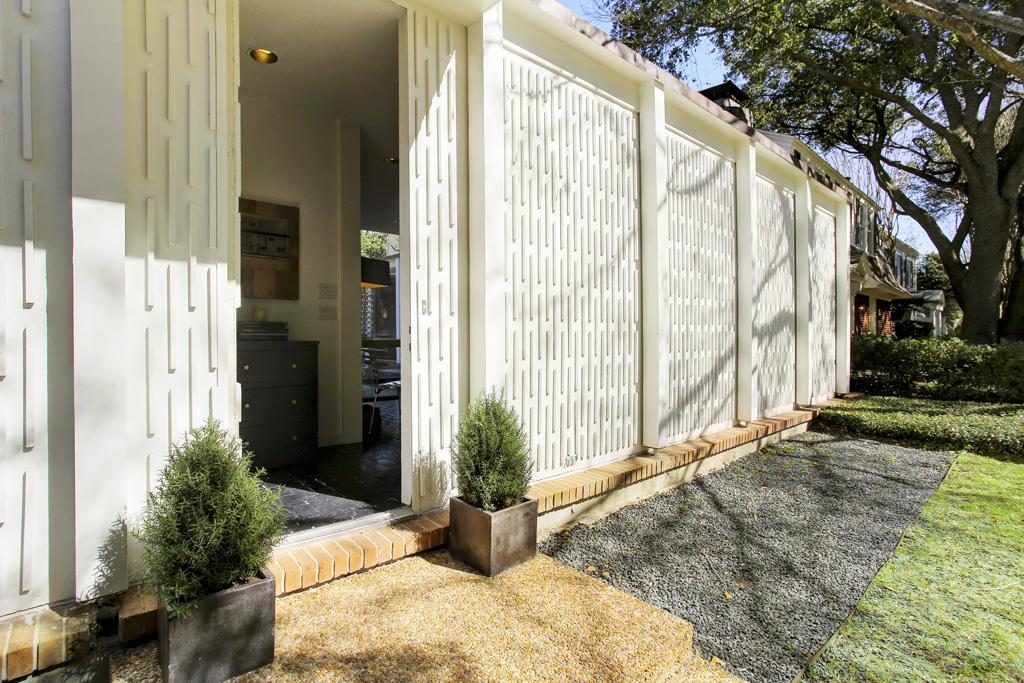 Please help us find new preservation-minded owners for two vintage modern houses located  near the center of Houston, one only a mile south of downtown and the other about three miles southwest of downtown. Thanks to Houston MODern Market for sponsoring this FREE event.

In February, Houston Mod featured the historic modern house of architect S. I. Morris of Wilson, Morris, Crain and Anderson. We are now pleased to feature the house his partner Ralph Anderson designed for his own use in 1960. The flat-roofed court yard house is hidden behind a nifty geometric patterned front screen wall seamlessly incorporating the entrance.

Ralph Alexander Anderson (1923-1990) was a graduate of Rice Institute. He joined Wilson, Morris & Crane in 1947, became a partner in 1952. In 1962 his name was added to the firm name. He was primarily responsible for design in the Houston office. He is most well known for his work on the Astrodome and the Houston Post building.

Callie Cullinan Pride Hill (d. 2003), beloved Houston educator, had a goal of building an avant-garde modern house for her family. When she started the project in 1951 there were no registered African-American architects in the state of Texas. She turned to George Edward Haynes (1921-2001) for design assistance. Haynes was the mechanical drawing instructor at Washington High School where Mrs. Hill also taught. Haynes later was principal of Kashmere High School and an HISD Administrator.

The house has been lovingly maintained by the Hill family. Special features of the house include dynamic low-pitched roof planes, integral carport, hidden attached garage, textured glass entrance screen, built-in hi-fidelity sound system, vanity table, and a cedar closet for the fur coat Mrs. Hill planned to own one day.

The house is located on the edge of downtown next to Emancipation Park.