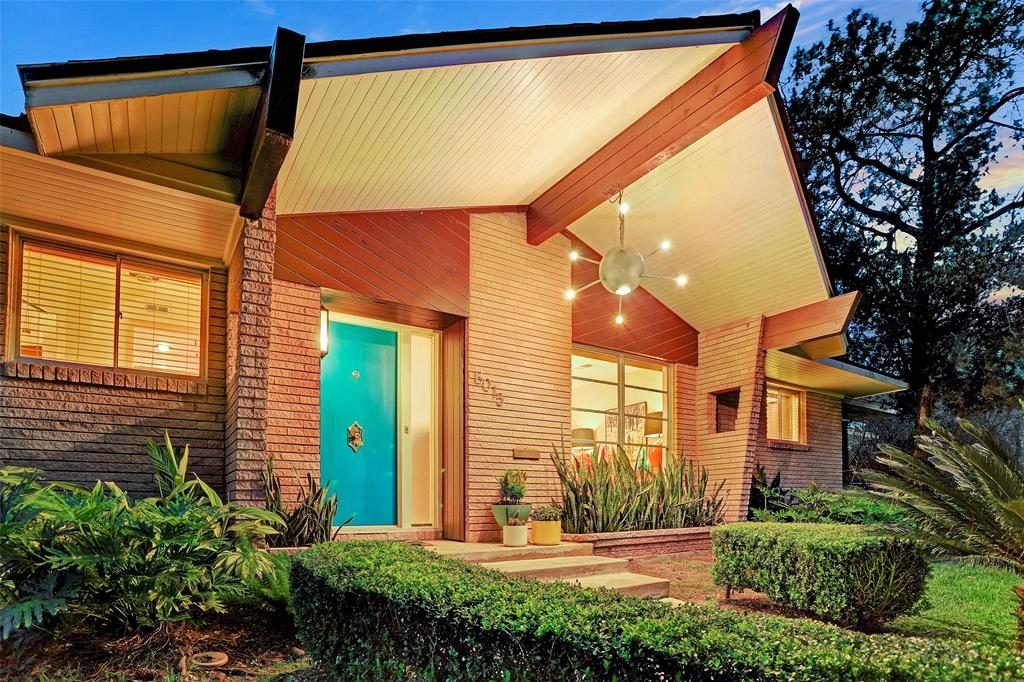 Last month’s Mod of the Month house was the home of a NASA astronaut – the Space Age theme continues with the marvelous Sputnik House as the focus of the March event. The house was built in 1957, the same year as the launch of the world’s first space satellite called Sputnik, which so captivated the period that the original owner put into orbit a replica floating above the front door. The Sputnik  fixture is sensational as is the rest of the custom built house complete with sought after features like poured terrazzo floors, brick interior walls, pecky cypress siding, loads of custom cabinets and shelving,  colorful original light fixtures, a handsome brick fireplace wall, baths with sparkling original ceramic tile, and glass sliding doors leading to a spacious patio and back yard.

The house is prominently situated along a sweeping curve on a street of attractive mid-century era houses in the Glenbrook Valley neighborhood. In 2011, after a three year struggle, the neighborhood of 1,256 houses was designated the city’s first historic district outside of the loop 610 freeway and is believed to be the largest mid-century era residential historic district in the United States. It is within Harris County and served by the Houston Independent School District. 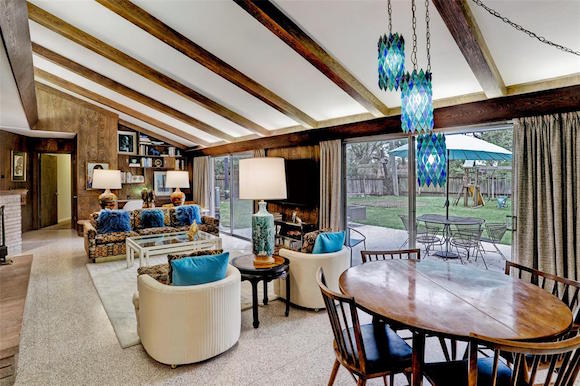