Bill eventually returned to Houston to begin an architectural career that spanned 30 years. During that time, he employed numerous draftsmen who eventually become distinguished architects in their own right. They included William R. Jenkins and Harwood Taylor.

During the 1950s, Floyd was active in the Houston Parade of Homes. He designed several models throughout the 1950s, many of which were published locally and nationally. It was also during the 1950s that William Norman Floyd became involved with the shaping of Memorial Bend.

Most of the lots in Memorial Bend sold for around two thousand dollars, a figure Floyd was told was simply too high. The homes were usually around 2,000 square feet and sold for anywhere from $20,000 to $25,000. Overall, fifty out of the five hundred or so homes designed by Floyd in the Houston area were built in Memorial Bend. Many of these homes appeared in magazines such as Better Homes & Gardens, Good Housekeeping, Ladies Home Journal, House & Home, American Builder, Practical Builder, New Homes Guide, Living Now Magazine, McCall’s and numerous house plan books. Memorial Bend homes also appeared countless times in The Houston Chronicle and the Houston Post in both articles and advertisements.

After a distinguished architectural career, William Norman Floyd retired in the early 1970s.  Floyd had a tremendous impact on the development of the Memorial area and the development and design of many of Houston’s more celebrated neighborhoods from the 1950s and 1960s. 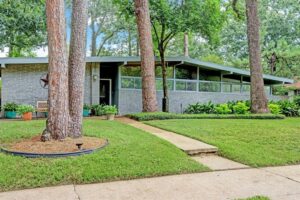 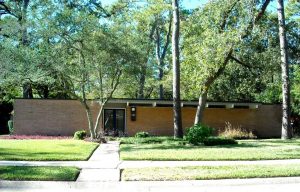 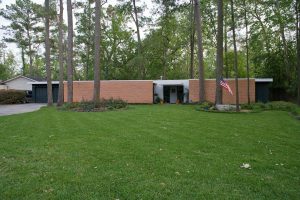