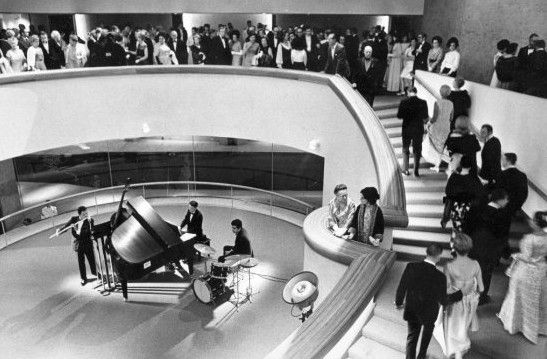 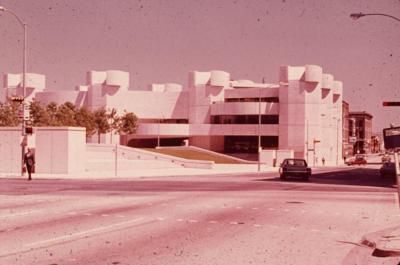 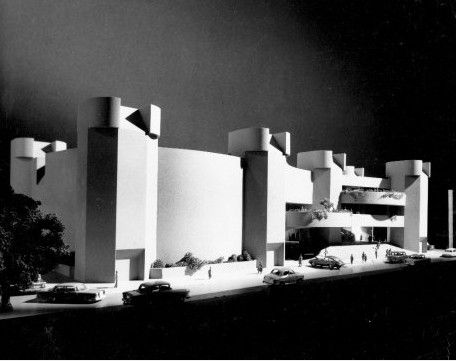 The new building for the Alley Theatre opened in 1968 to national critical acclaim, one of a series of landmark modernist theatres constructed during the 1960’s and early 1970’s in New York, Baltimore, Los Angeles, Oklahoma City, and Minneapolis.

Of these notable buildings, the Alley was the only one to receive an AIA Honor Award, in 1972. It was cited by the American Institute of Architects as “inside and out, a brilliant theatrical event”.

The building’s flowing and curvilinear use of raw concrete associate it with a popular style of the 1950s-1970s known as “brutalism”. The term “brutalism” was coined in 1953 and comes from the French béton brut meaning `raw concrete.” Architect Ulrich Franzen selected the concrete exterior inspired by the warm-weather location of the Southwest. Deeply recessed windows and use of thick walls anticipated Houston`s hot climate. (Similar buildings by Franzen in the Northeast had exteriors of brick.) The building also incorporates elements that recall the work of Frank Lloyd Wright, particularly the interior spiral circulation.

The new Alley Theatre became “the most modern, elastic theatre house in the world for the dramatic arts” thanks to Yale University professor George Izenour’s first-of-its-kind light grid, adjustable walls and analog recorder. The tension wire grid, which Izenour described as similar to a bedspring, was made of a couple miles of aircraft cable, which formed a mesh 19 feet above the stage, allowing lighting technicians to easily walk on it before shows to adjust lighting and eliminated the need for footlights, spotlights and curtains.

Houston architect Preston Bolton wrote of Franzen and the Alley building, “I believe the architect, Ulrich Franzen, has created a most successful building for the Alley Theatre – one that will receive much recognition for the city, and enhance the excellent productions that are to come.”

Newsweek wrote about the new Alley Theatre, “the most striking theatre in the U.S. … another step along the road toward ending Broadway’s domination of the American theatre,” and Sydney Johnson of The Montreal Star wrote, “… it looks as though the new Alley Theatre is going to be one of the best – and probably the very best – in the U.S. at least, simply because the building has been designed to house a specified stage and auditorium instead of the other way round.”

In 1994, the Alley Theatre was chosen to receive the Twenty-Five Year Award by the American Institute of Architects/Houston, which recognizes distinguished architecture of lasting quality. 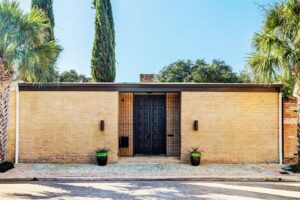 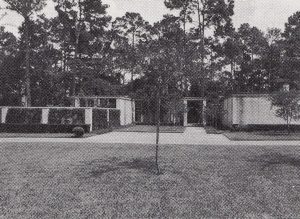 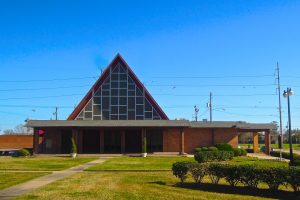